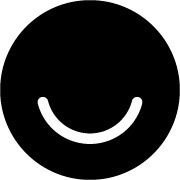 So there’s been a fair amount of hype about the new social networking service called Ello. I got an invite recently (which is not that hard to come by) and just spent some time using it.

So what’s it like? I’m struggling to describe it because it just seems so… sparse.

Visually it’s quite simple and clean. There’s too much white space, to the point where it seems barren and almost cold. The busy-ness of Facebook, Twitter, and LinkedIn, all of which cram way too much noise and activity into their layouts, is the norm now. And that’s probably why Ello seems oddly silent. You can practically hear the tumbling tumbleweeds. Ello’s icy silence might be less noticeable on a native mobile app, which is supposed to launch later this year for both iOS and Android.

Aside from the visual aspect, here are some quick observations:

In a nutshell, it’s a simple and minimalist site in its desktop version and is refreshingly free of the “sponsored” messages that are everywhere now on social networking sites. That was a big motivator of the Ello philosophy, and it will appeal to anyone who doesn’t want to be a product to be targeted by advertisers.